Seán Hawker Coaching with a difference

My grandfather started my interest in golf at the tender age of three, yes THREE..... From there I went on playing until I decided that golf was the game for me. At the time of this decision I also played tennis at a national level and football for my local city Lagoa so, the decision was a serious one for a 12-year-old.

Soon after this major decision I went to a boarding school in England, Millfield. For those not familiar with it, it is a very sports-orientated school where the objective was to improve my golf skills and play more tournament golf at a higher level.

After getting my handicap down to 7, at the age of 15, I decided it was time to come home to Portugal and try my luck out here on the amateur circuit. Over the next three years I managed to play my way up the scale and was in the top three in Portugal in the sub 18-year-old category. Just before I turned 18 I was playing off plus 4.1 (-4.1).

I then took the decision to turn professional as I wanted to play at a higher standard and try my luck with the big boys. I realised after a short while that this wasn’t going to be easy. I kept working hard and tried my best to play better and improve my skills. It paid off because over the next couple of years I moved my way up the Portuguese PGA ranking and was playing quite a lot of tournaments in a year. I started to play tournaments on the Alps Tour which is based mostly in France and also on the EPD tour which is mostly based in Germany.

After a number of repetitive injuries, with one that still plays up today being a bad wrist injury, I took the plunge and studied for a golf psychology degree to help me further understand what makes a good golfer and to enable me to help others with the conscious and sub-conscious aspect of their game.

So if you would like to improve your game give me call...

If you have any questions just send me an email on hawkersean@gmail.com or phone me on 969188981.

Try out "on course" coaching

Come and try my on course coaching on one of the best courses in the Algarve.

Use my "Quick Tips" section to find some answers to some common problems in the game. 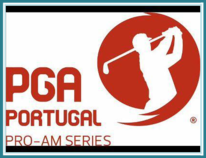